Margaret Reinmiller sits on her front porch overlooking the desert as we chat over the phone. She tells me about her experience walking by her husband Ron’s side through his dementia. Her wind chimes lightly jingle in the background in the warm, May breeze. A momentary, peaceful escape from being her husband’s primary caregiver. A registered nurse from hospice bathes Ron inside their home.

She was not always able to step away like this. From March of 2016 until May of 2020, Margaret was Ron’s primary caregiver with little to no extra help.

“I’m extremely independent and I don’t like to ask for help. I’ve always taken care of myself and everybody else,” Margaret said. “Ron’s dad had Alzheimer’s and he was so afraid and would say ‘That’s something I hope I never have.'”

In March of 2016, Ron was in a serious car accident while he was working as a truck driver. From that time on he was no longer working, but would wake up and say ‘I’ve got to go to work.’ He had no memory of the accident.

“At this point, he was still good and talkative and pretty active,” Margaret said. “Around the end of 2017 he started really forgetting things. We’d be driving somewhere and he’d say, ‘When did that go up?’ ‘When did that change?’ He was living in the far past. It had been years that those buildings had been there, so I knew he was suffering from dementia.”

Margaret shared that Ron’s dementia worsened progressively until she finally called Dr. Seth Oesch at Abrazo Medical Group in May of 2020.

“I have severe arthritis and 4 herniated discs in my back,” Margaret said. “It got to the point where I had to change all of his [Ron’s] clothing 2 or 3 times a day and do multiple loads of laundry. When I would go to the store and nobody was here, I would get one or two things and then come home because I didn’t want to leave him alone too long. It was too much and I desperately needed help.”

From there, Scott immediately connected Margaret to hospice services, which provides her with additional support throughout the week to care for Ron. This allows her to run errands and gives her a break during the week, as being a caregiver is a 24/7 job.

She is afraid to leave Ron alone because in the past he has cut electric cords, hidden things, and even put his shoes under his pillow. He has also wandered out into the desert alone late at night, requiring a deadbolt on the front door to keep him safe.

“Scott has done everything in his power to help me. He checks on me at least once every two weeks just to see how things are going. He’s referred me to all of these people, yet he still calls to check in and he still cares,” Margaret said.

Along with hospice services, Scott connected her to Gardiner Home through Hospice of the Valley, a service where Ron stays in a home for five nights so she can have some time to herself.

Margaret was able to spend two days with one of her grandsons and great granddaughter. One of the days even fell on Mother’s Day. These moments with her family were very special to her and you could practically hear the smile in her voice as she relived their time together.

“When I left him [Ron] at Gardiner Home I felt like it was good for him and he really enjoyed himself there. He even communicated with the other patients,” Margaret said. “He was around a lot of people in the trucking business, and I think that’s one of the things he misses.”

“He’s very unstable on his feet and trying to dress him is hard,” Margaret said. “I’m getting worse and worse all the time. My back will not allow me to pick him up, and my hands… I can hardly open or do anything with my hands. I can’t wear my rings anymore because I can’t get them on.”

The transition to a long-term care facility has given her time to take care of herself and spend time with family.

As someone who worked as a nurse for many years, Margaret was surprised how difficult it was for her to figure out who to contact to get the resources her and her husband desperately needed at the beginning of their journey. That all changed when she began working with Scott.

“Scott is an anchor. I was a nurse but I had no idea where to go, how to do any of this, and who to call and he is the one who steered me in the right direction. He is a tremendous individual,” Margaret said. “I believe people deserve their bouquets while they’re still alive to enjoy them. Instead of at their funeral after they’re gone. What’s the point in that?”

Are You in Need of Care Coordination Services?

Contact our concierge by calling 602.406.7226 or emailing members@azcarenetwork.org to find out if you are eligible. You can also visit our Care Coordination webpage to learn more about the services we offer. 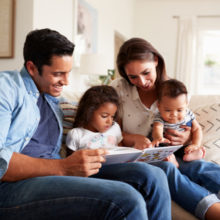 Have You Scheduled Your Eye Exam? Your Eyesight is Counting on You

The Importance of Regular Eye Exams for Diabetes, How to Prepare Yourself, and More 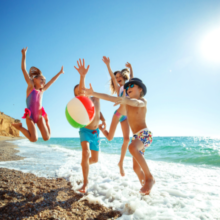 From an Expert: What You Should Know About Sun Safety

Sunburn vs. Tan, Tips to Protect Your Skin, and More 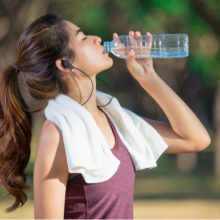 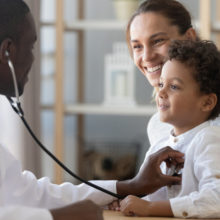